If you’ve managed to get some hands-on experience with the RTM Windows Server 2008, you might be surprised to see the version shown as Service Pack 1.  Relax, you haven’t been in a coma – this really is what the RTM release calls itself (see below). 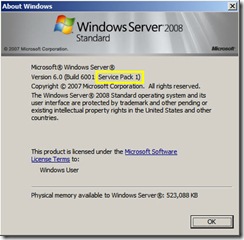 The cynical among us might also consider than many organisations hold off from deploying a new Microsoft release until at least SP1.  In other words, this is perhaps a clever ploy from Microsoft to push customers towards early adoption. 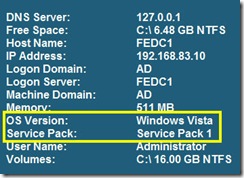